Honoring some of The Spires Veterans

We are deeply grateful to our veterans for their service and sacrifice, for the commitment they made to preserve and protect our country and defend it against all enemies — foreign and domestic.  What a monumental task!

This Veterans Day, in addition to picnics and football, please join us in honoring our veterans in whatever way is most meaningful.  We have dozens of veterans who will be living at The Spires, so please enjoy the stories from four future Spires residents, our nation’s finest. 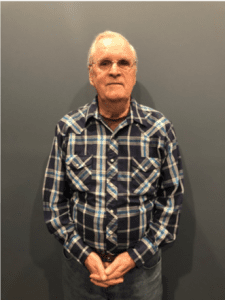 With John F. Kennedy as our President and Commander-In-Chief in 1959, and with number 37 as a draft number, David “Mack” Drake made the decision to volunteer for the United States Air Force.  Mack was stationed at Lockborne Air Force Base in Columbus, OH and spent his entire four-year enlistment at Lockborne, where he specialized in Radio Radar.  During Mack’s enlistment, he took advantage of advancing his education at nearby Ohio State and the University of Ohio, and completed his undergraduate degree in Biology and Business Finance at Georgia Tech and the University of Alabama. Mack also has his Masters in theology from New Orleans Baptist Theological Seminary. While in the service, Mack met and married the love of his life, Barbara.  Because of Mack’s strong background in electronics while in active duty with the Air Force, Mack spent the majority of his career at the University of Alabama Medical School as their Electronics Engineer. Mack and Barbara have three children, 11 grandchildren and 5 great-grandchildren. 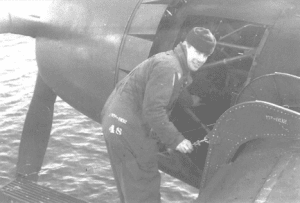 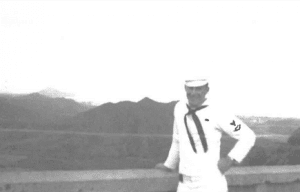 Dick began his military service by enlisting in The United States Navy in 1948, and served during the Korean War as part of the Patrol Bomber Martin (PBM) Squad.  Dick was responsible for patrolling the waters in both Japan and Korea, looking for Chinese submarines.  Dick also worked as an aviation electrician, working on EBM flying bolts, self-contained large wings that landed on water.  After Dick’s separation from the Navy, He went to work for Lawrence Livermore National Laboratory in their Plant Maintenance and Operations Division and retired as Division Leader in 1987.  Dick wisely married his young bride, Jean, in 1952; they recently celebrated their 67th wedding anniversary.  Dick and Jean have three children and one grandson.

Teb graduated from the United States Naval Academy in Annapolis, Maryland in 1963.  During his enlistment, Teb worked on nuclear submarines and feels that his most significant impact was made by training officers on the intricacies of operating nuclear reactors.  After Teb’s stint in the Navy, he worked for Westinghouse Electric and EDS Nuclear. Two years were spent working abroad in Paris, France and an additional year was spent involved with the President’s Executive Exchange program and the Treasury Department. Teb has spent the last 15 years teaching as a professor at Southern Catholic University and the University of Phoenix. Teb and his wife, Linn, have two sons.

Joe Burger In His Own Words

My relationship with the United States Marine Corps began when I was born in Shanghai, China where my father, a Marine, was stationed.  As a Marine Junior I lived in many places including Washington D C, California, Pearl Harbor, Hawaii, Guantanamo Bay, Cuba, and North and South Carolina.  When I graduated from Duke University I was commissioned a Second Lieutenant in the Marine Corps.  At that time my father was still on active duty.  My first duty station as a track vehicle officer, specifically amphibious tractors, was Kaneohe Bay, Oahu, Hawaii.  I went on to serve at Quantico, VA, Headquarters Marine Corps, Arlington, VA, University of Syracuse (getting a graduate degree), sea duty aboard the aircraft carrier, Intrepid and Vietnam.  After getting my graduate degree, I served as the financial manager for the MCLB Albany, Ga and the Third Marine Division on Okinawa.

One of my most unique experiences was aboard the Intrepid in 1965.  As the commander of the Marine detachment aboard ship we were part of the space program.  The Intrepid was assigned to bring home       astronauts Gus Grissom and John Young when Gemini returned to Earth.  They landed “off target” near Grand Turk Island in the Atlantic and had to be helicoptered to the waiting ship where they got a red-carpet reception from the officers and men crowding the flight deck and the Marines assumed responsibility for their security.

I retired at the Marine Corps Logistic Base in Albany, GA as a Lieutenant Colonel after 20 years of active duty.  Since then I worked 25 years  teaching  finance and accounting  at two locations in the University system of Georgia, and 27 years  serving on the board of Heritage Bank of the South (now Renasant Bank) here in Albany.  I am proud to say we have a third generation Marine, Captain Joseph C. Burger,II , serving on active duty at Camp Lejeune, NC. ”Chad” is our grandson.

November Lakeside News from the Spires

Talking to Adult Children About Your Future Care

FILL OUT THE FORM BELOW TO START DESIGNING